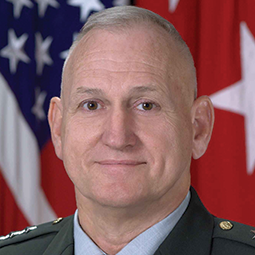 Boykin served two years as a commander of Delta Force and participated in some of its most high-profile missions, including the Iran hostage crisis in 1980 and the “Black Hawk Down” firefight in Mogadishu, Somalia, in 1993. That same year, Boykin consulted then-Attorney General Janet Reno on the Branch Davidian standoff in Waco, Texas. In 2003, President Bush publicly distanced himself from Boykin when it was revealed that he had made anti-Islamic statements and cast the “War on Terror” as a religious conflict while giving speeches at churches in full-dress uniform, a violation of regulations. Since his retirement from the military in 2007, Boykin has fully involved himself as a Christian far-right activist and anti-Muslim propagandist. He is currently executive vice president of the Family Research Council, which is listed as a hate group by the Southern Poverty Law Center.

Hurry up, only a few tickets left!